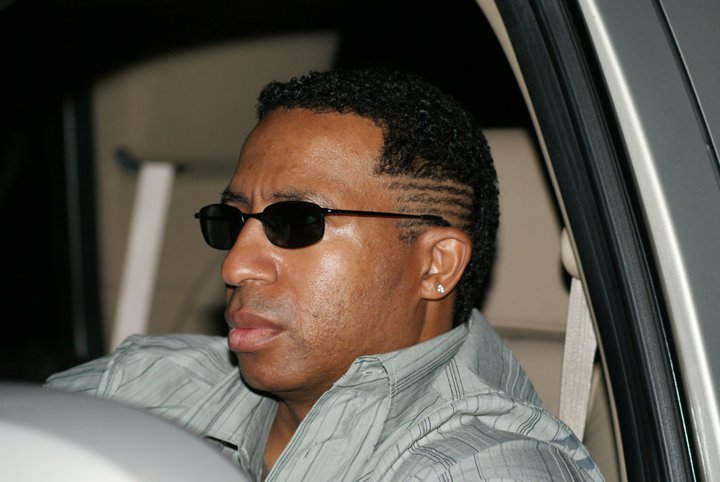 Kyper has been DJ’ing and producing for the best part of 30 years, perfecting his craft in a variety of genres and working with some of the most prolific artists such as LL Cool J, Run DMC and Public Enemy. His discography is also an impressive feat with tracks such as ‘Tic Tac Toe’, ‘What Gets Your Body Hyped – XTC’ and ‘Spin The Bottle’. His latest release ‘Dying’ was created in tribute to Kraftwerk so we caught up with Kyper to discuss more about ‘Dying’.

What was the inspiration behind your ‘Dying’ release?
After the death of Florian Schneider, co-founder of the highly influential electronic pop group Kraftwerk, I decided to do a tribute that would be meaningful while capturing the essence of where and how electronic music actually started. I wanted to breathe life into what seems to be a forgotten artistic sound, but with a new twist.

How would you describe the track to someone who hasn’t heard it yet?
As a blend of timeless electro-funk.

What is your favourite part of the track?
The heartbeat that flows throughout the entire track.

How has the initial reaction been?
It’s been great! Most DJs that loved Kraftwerk decided to make tributes with their talents by producing and promoting mix sets. Since we’ve dropped the video on the KyperVEVO channel, we’ve gotten nothing but positive responses.

How does this compare to some of your other releases?
It’s hard to compare it to my other releases because I tend to jump around as inspiration hits me, but this release is different because I’m actually singing on top of an electronic voice I created and sung it in a low depressing voice with lyrics and a message that could be felt.

What was it like working with Tip Top Records?
Tip Top has been great, I have a long history and many great accomplishments with this label. The most memorable was Tip Top Records gaining enough independent momentum to get me picked up and signed by a major label. The flexibility I have in working with other producers, artist and labels are priceless.

How did you come to work with Cyborgnism and what is your working
relationship like?
Cyborgnism and I have worked together on many projects and tracks before. We met back in the Mid 80s’ in a studio, while Cyborgnism was working as a studio fill in for a funk group known as the Barkays. Cyborgnism has worked with numerous other artists as well including Kraftwerk and prefers to stay behind the scenes. I really enjoy the broad spectrum of creativity Cyborgnism produces once that electro energy starts flowing. I look forward to doing more work with Cyborgnism in the near future.

Finally, where can people go to grab their copy?
The single is available through any download or streaming site such as apple and Spotify.