Hypestorm Goes Behind The Scenes With Lenell Brown’s New Release 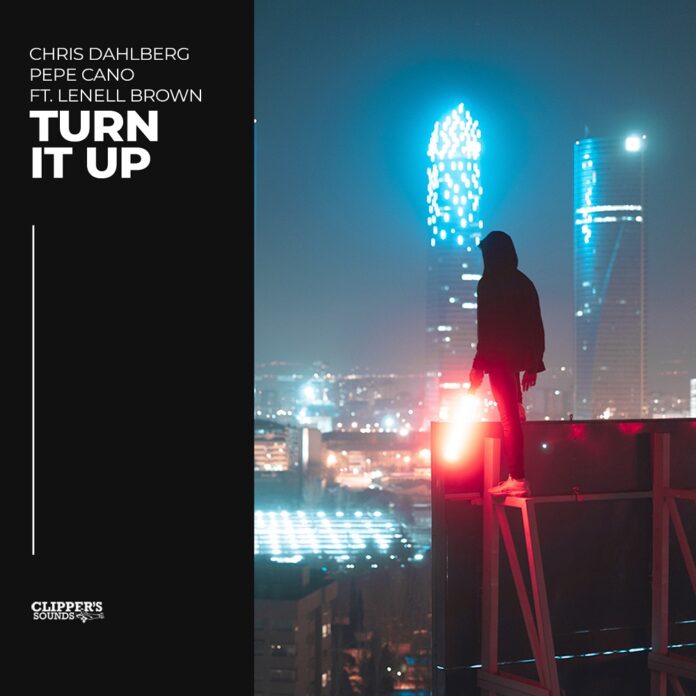 With an unmistakable voice that has taken him around the globe, Lennell Brown has taken part in many remarkable releases such as ‘One Day’ and ‘Freak Dreams’ that have cemented his name in the industry. We caught up with Lenell to find out some behind the scenes information about his latest feature on the track ‘Turn It Up,’ and here’s what he had to say:

Tell us how ‘Turn It Up’ came to fruition?

Well, it started out when I was contacted by an A&R from my label ‘Clipper’s Sounds’. He contacted me about this HIT potential track he received, and that the producer of the track had requested for me to lace it up with a top line and vocals, and I was more than happy to oblige.

What was it like working with Chris Dahlberg and Pepe Cano?

When my A&R sent me the track, he informed me that the producer was in fact Pepe Cano, which I thought was great because I had worked with Pepe on a number of other wonderful productions. He is an incredibly active DJ in Spain, which is fantastic because you know the track will definitely get some good exposure. In fact, I only found out about half-way through the production process that Sweden’s young producer and rising star, DJ Chris Dahlberg would be sharing the production responsibilities. I thought this was amazing because Chris and I had corresponded a few years ago, and now we are label mates. It was great hooking back up with Pepe while working with Chris for the first time to create some magic.

How would you sum the release up in 3 words?

What were your goals going into creating this release?

Definitely to have fun with the track. I knew going into it that it would be the last release of 2020, so I wanted to make it a BANGER.

What was the inspiration behind the lyrics?

My inspiration actually came from the beat and the arrangement of the track. Chris and Pepe did such an amazing job that once I heard the beat, the idea was clear. The vibe and flow were screaming “BACK IN THE DAY” you know, when you actually listened to the RADIO. Can you remember how you would be sitting around at home or in the office, out on the block, or even riding in the car, and then you would hear your jam come on the radio. No matter where you were or who you were with, everything would stop and you would feel that unexpecting energy rush pushing through your body, and the first thing you would say alone or even with a group of people, they would say in unison; “Yo, TURN IT UP!!”.

Which part of the release is your favourite?

I love the entire track! The drops, the breaks and the instrumental behind the hooks.

Have you got any more releases on the horizon?

You know, 2020 was such an incredible year in terms of releases and placements, however I think 2021 has to be more calculated and paced. I look forward to hopefully hooking back up with the Spanish producers ‘Face’ and ‘Dual One’ to bring some freshness to the game. So let’s see what happens, I’m excited to see where that road leads!

Where can we go to grab a copy of the track?

You can go to Spotify and all download portals to grab your copy, oh and be sure to check out the amazing Urban video to the track, which was directed and produced by Vice Magnata.

Bubba Brothers Will Showcase Their Sound In Ibiza

Listen To ‘Ōkami’ The New EP From ZEHV

NATHASSIA Releases New Remix In Collaboration With DaaHype: ‘Is Everybody Searching’

Enveak & L’Étrange M. Redan Are Back With Another Banger: ‘Midnight’