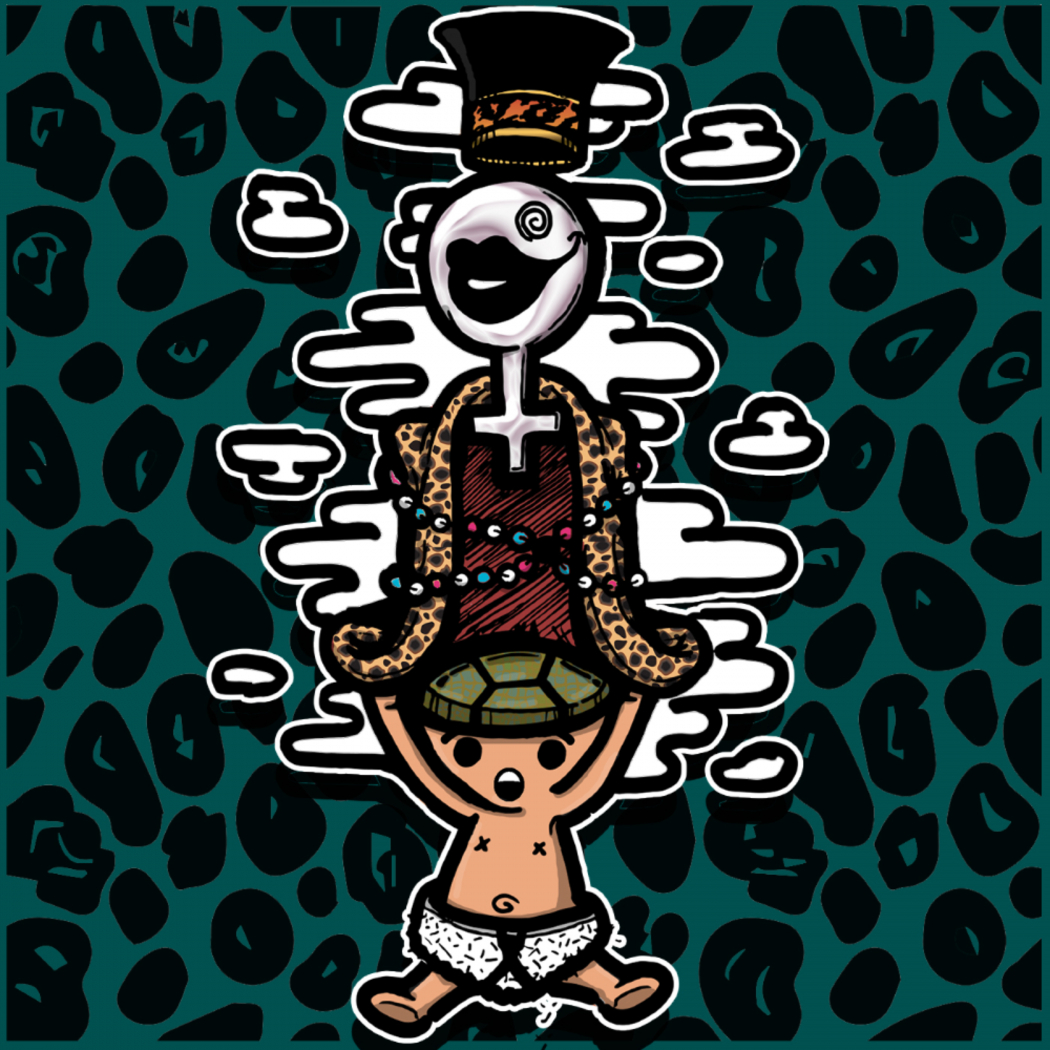 Toya Delazy has been lighting up the underground electronic music movement in recent years with a barrage of genre-defying releases that shapeshift between club-centric beats and hypnotic Zulu lyricism bringing the flavour and organised chaos of freeform African genres into a rough and ready bass vibe with anarchic effects that are lighting up the dancefloors and melting the minds of even the most creative listeners.

‘Qhawe’ is unmistakably Toya Delazy material, unleashing fast and linguistically sharp vocals over tribal and rapid-fire bursts of bass drums and sine-wave bass licks that drive the sub frequencies with chest rattling impact. You get hit with Techno-esque minimal percussive FX, glistening ambient chords, breakbeats, grinding electronic synths and a totally chopped and modulated vocal chant in the background that ties together elements of stacks of genres to create this unmistakable signature sound we know and dub as ‘Afro-Rave’.

Backing up the vocal version is a strung-out instrumental dub version that cuts the vocals and makes room for the bass, synths and electronic elements to take the centre stage. There is no putting this version of the track into a genre box either. You could hear this dub mix at a dark and serious Techno stage, switching up a Hardcore mix, throwing MCs off at a Grime show or surprising even the most abstract electronica advocates.

This is what we come to expect from Toya though, an unrelenting cocktail of abstraction, creativity and global production influences that pulls inspiration from across the globe and gives it a triple dose of Zulu power and systematic dancefloor energy that sounds like nothing else, but is ready to be used in a variety of formats. True originality from a talent who is not just diverse, but also ridiculously accurate in pulling signature sounds from a multitude of sources to create something entirely new and original.

Delazy has described her sound as JEHP, an acronym for the fusion of Jazz, Electro Hop, and Punk (she swapped Pop for Punk in 2016), but the truth is that you could add a genre starting with just about any letter of the alphabet to that tag as Toya simply does not abide by the limitations of any genre and is a perfect example of what happens when you take the best elements of multiple sources to create something entirely fresh and new. We celebrate this movement of new music and hope that you do too.

Get The Party Started With Jacob Colon’s Latest Release ‘Protagonista’