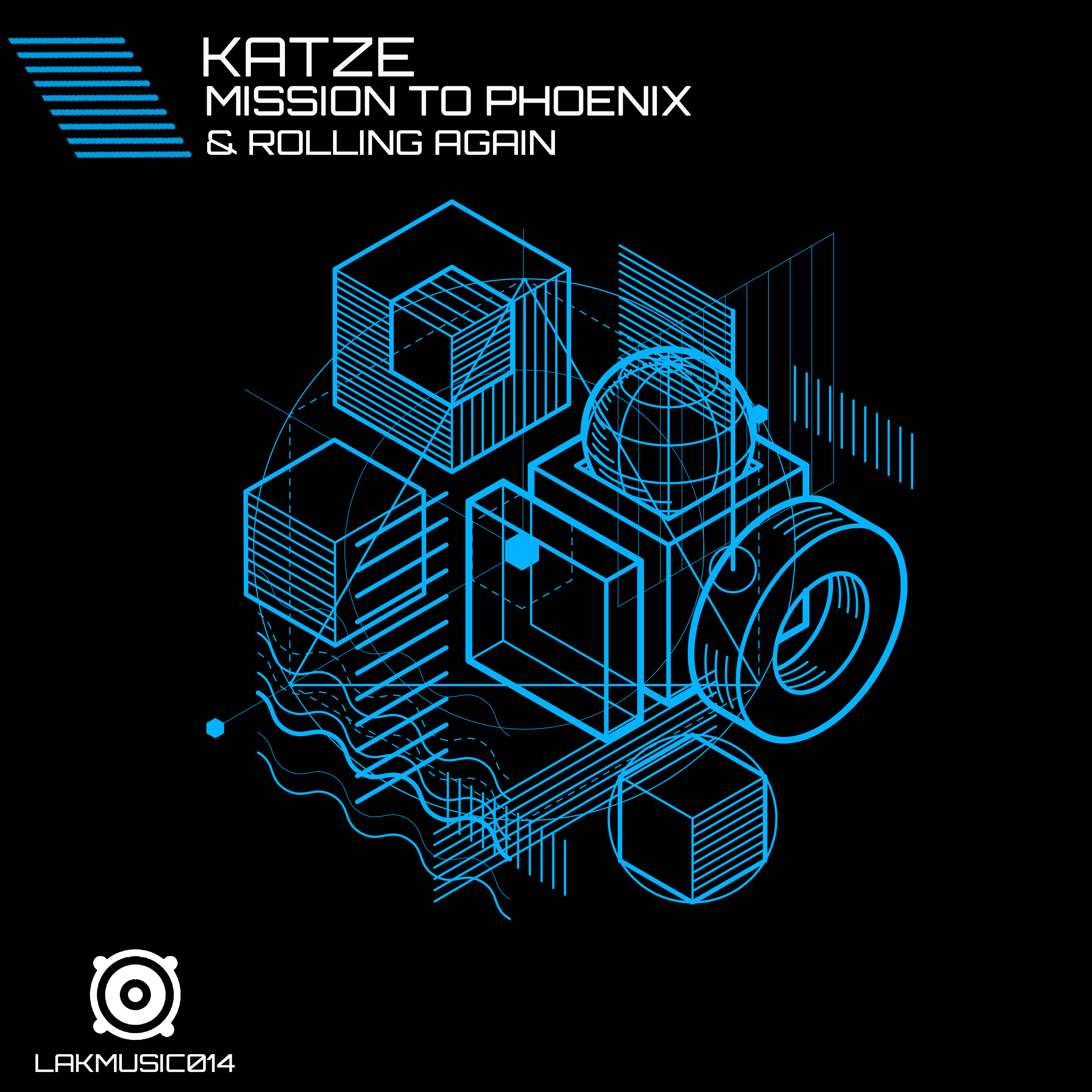 After discovering an unmistakable talent for the art of music at a young age, Katze first fell in love with the idea of music when he began learning to play instruments like the guitar and the piano during his childhood. He rapidly became engulfed in the intricate and dark sounds of Techno, to which he would use as a way of self-expression and an outlet to develop his creativity. Katze has flourished in the industry ever since discovering his own sound – a blend of shadowy melodic sounds designed to evoke your emotions with that solid Techno feel combined with quick and nimble actions and wide dynamic ranges.

Katze kicks off ‘Mission To Phoenix’ with a heavy snare drum and percussive elements to set the pace, but before long the speaker splitting kick drum booms into action to get the ball rolling between to give it that mesmerizing four to the floor trancing vibe. This is followed by an undulating flurry of dark and shadowy FX that wraps around the soundscape, Katze manages to encapsulate this sound so adequately giving it that extra boost of vitality that sets his music apart from the rest. The kick drum gives way for a breath of fresh air as hi-hats drenched in reverb fizzle out and the production gradually builds up to a melting point as the FX engulf all ends of the speaker before the song kicks back out into its full fury, carrying the track forward while tingling all sensations take over your body.

Next up is ‘Rolling Again’, which features a rubbery bassline teamed with grungy synths from the get-go that dominate the low end of the spectrum as opposing echoed reverberations shoot past you adding that layer to the contrasting elements of the production. The prominent claps filter in between the gaps to give it that growing frequency as the drop approaches before the kick drum engulfs all aspects of the song as acidic elements seep through and emanate a deep and groovy vibe primed for any cavernous Techno rave.

Katze’s talent in the industry has forged success for him in recent times, considering he has signed onto a number of imprints including Tony Romanello’s imprint ‘Red Channel’, followed by Suah, Frequenza, Egothermia and most recently his sign with Toma Hawk’s ‘Lakota Records’. As a serious powerhouse producer, Katze’s new releases on Lakota Records fits the vibe and description perfectly.

Herbrido Continues To Own 2021 With Impressive Techno EP ‘Law & Illusion’

Naizon Returns To The Tech House Domain With ‘Quarantine’

Listen To GAR’s Impressive Rework of ‘In My Head’

Toma Hawk Drops More of The Hottest Releases in The Techno Scene With Latest Month of Lakota Radio
Mon.Ton Explores The Scene With His Unique Flair And Deep Cuts Of Techno With ‘Come To My Place’