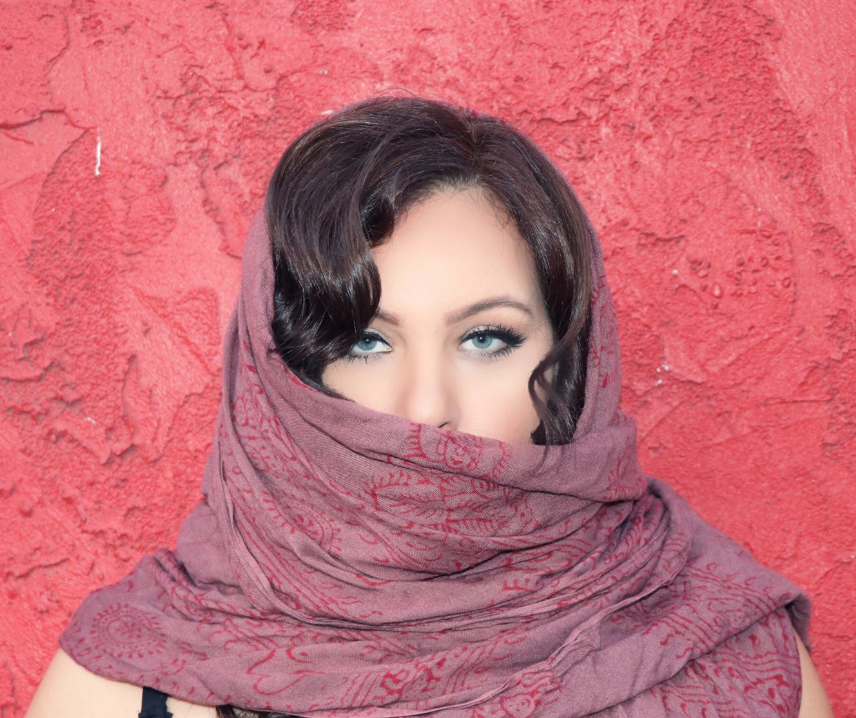 Megan Kashat is a star on the rise, after having a successful career as a dancer she has now set her sights on her music career. With two new tracks coming out soon its clear that she is an all-rounder, find out more about Megan below.

Hi Megan, how are you and what’s going on in your world at the moment?

Hello, I’m good! My world at the moment is a bit random. I’m currently on a spiritual retreat, and I’m in and out of the recording studio working on new music for you all to listen to!

Where are you currently based?

Detroit, Michigan is home for me. However, currently, I am in East Grinstead, which is a little village in the United Kingdom about an hour outside of London. I suspect I will be here for a while…

How would you describe your sound?

My sound can vary. Different producers can bring out different colours in an artist. Right now it’s a fusion of electronic and pop, but I add Middle Eastern Elements and sounds to it, being that I am Iraqi. Lately, I’ve been singing in English and Arabic in my tracks, I think it gives it an exotic feel and is true to my roots.

Has your style gone through many changes over the years?

It’s definitely gone through changes, to say the least. It’s more like a face-lift. When I started I had just come off of a tour with Charlie Wilson, and my producer was his music director. His sound was very much R&B, and he was brilliant at it. However, my heart was always home with dance music, and after many years of really building myself up and meeting the right people, I finally found producers who gave me exactly what I was looking for.

Who were your influences growing up?

I had many; it was a weird combination actually. I loved Britney Spears, Nadia Ali, Mariah Carey, Coldplay, Incubus, and I also loved Sarah McLauchlan. I think it was easy for me to empathize with people’s emotions, and that always came out in these artists’ music. If an artist was honest in their artistry, I was able to connect, and that for me was influential. I also loved classical music!

How did you get involved in the music business?

I was writing poetry at 9, and singing in the choir, but primarily I was a dancer and that’s what I did as a profession in my younger years. I was dancing professionally at 16. When I was dancing on tour with Charlie Wilson, I was so inspired by the band and musicians. I didn’t have an agenda with music or anything, but I wanted to get into the studio so I asked Cordell Walton, who was the music director if I could get in the studio with him. My third song ever into the recording studio, I was offered a major recording contract by Charlie’s management. It was unplanned and unexpected, but it was then I knew I was destined for music and I’ve pursued it ever since.

Where would you like to see yourself in the months ahead?

On tour… I always want to see myself on tour. I love the creative process like songwriting and all of that is a major part of who I am, but what really got me into all of this was the stage. It’s my driving passion in my life. I live for it.

Which is your ultimate career dream?

I don’t really believe anyone can have an ultimate dream because there is never an ending to anything in life. Things will always keep going and taking on new forms, once you achieve one dream, you go on creating the next and it gets bigger and bigger, and it never stops.

The only thing I’ve ever wanted to do was to perform on the largest stages in the world, and I’ve already done that. So now I think to maintain that lifestyle is where the real blessing lies. And of course I want to have the ability to help others in need, I believe that with great influence comes great responsibility.

To be honest, I am not really inspired by anyone in 2018, at least not as far as mainstream music is concerned. I respect all of the artists being pushed by the labels, and I understand everyone has a message and a vision and they deserve that validation and recognition. But I feel like storytelling is lost right now in songwriting. People are going through heavy things, and music is supposed to be that force where they feel understood and not alone. I just don’t get that in new music lately, but I do hope to bring it back and I trust others will eventually do the same.

If you could choose, who would you like to collaborate with?

I would like to collaborate with Mahmut Orhan at the moment. His music really spoke to me as a Middle Eastern girl who grew up on dance music. He added the right amount of culture to dance beats and rhythms and I love everything about what he does.

Tell us something not many people know about Megan Kashat!

I’m kind of a psychic… I don’t like to say that because people automatically think I’m weird and I think people think I sit around with a crystal ball wearing some gipsy style headband! I don’t do those things, but I always was able to foresee future events growing up, and I’d have dreams that would end up being the next day’s occurrences. As I got older and my awareness level expanded, and it got to the point where I’d even know right before someone was about to call my phone or I knew what someone was going to say.   My abilities stem out pretty far. I’ve embraced it as a gift now instead of being afraid that people opinions. I think we all have abilities, but they’re suppressed to the degree that they feel the people who surround them will accept it. I just wrote a song about this, it’s called Run. Cats out of the bag… Cheers!

Bubba Brothers Will Showcase Their Sound In Ibiza

Listen To ‘Ōkami’ The New EP From ZEHV

NATHASSIA Releases New Remix In Collaboration With DaaHype: ‘Is Everybody Searching’

Enveak & L’Étrange M. Redan Are Back With Another Banger: ‘Midnight’