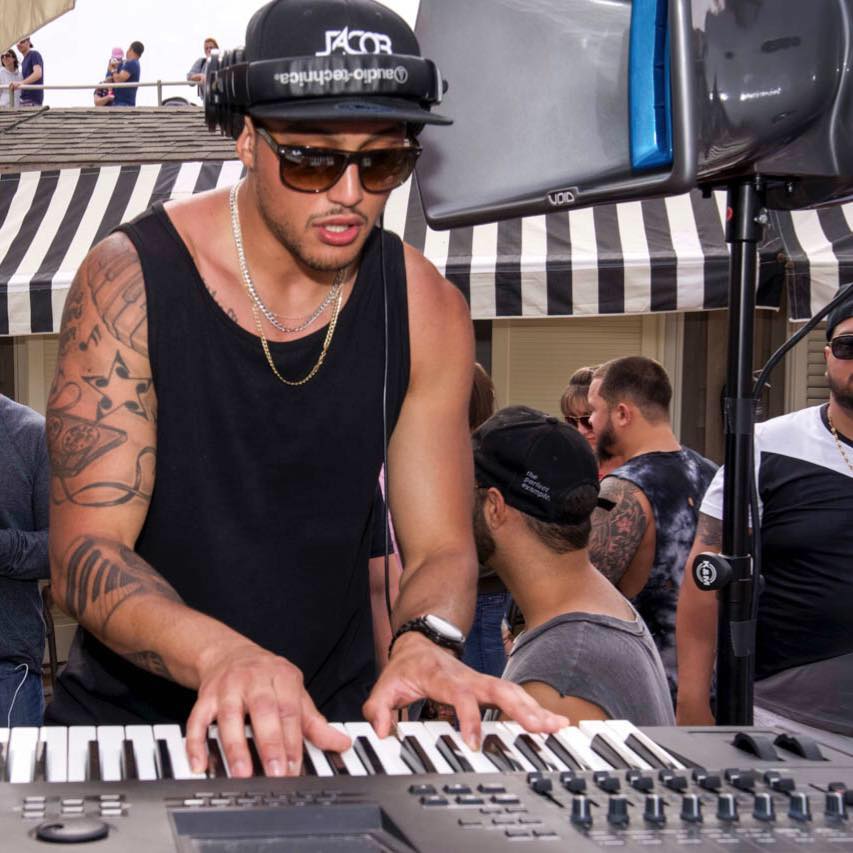 New Yorker Jacob Colon has had a blossoming relationship with music ever since he was gifted his first piano as a toddler. After spending his years playing music in the church, Jacob discovered his love for House music and never looked back. Since then he has seen major support and achievements gravitate towards him as his talent has not gone unnoticed. We sat down with Jacob to find out more about him.

Hi Jacob! For those who don’t know you, tell us a bit about yourself?

I grew up in NY.  As a teenager, I always had a connection with music. Though I wasn’t a producer at the time yet, I played the piano, loved to dance, party and share memorable experiences with my friends. I was heavily involved in a 5-piece band as a keyboardist, where we travelled to accompany the West Point military cadets gospel choir.

I eventually went on to work solo after listening to the band leader preach about how much music he was going to create but never did a single thing outside of our normal rehearsal and shows. I didn’t want to end up like that, so I went on to slowly build myself a home studio and the rest is history.

What made you initially get into music?

When I was a toddler, my aunt purchased a toy piano for me. At that time, I wasn’t playing Beethoven but as I grew older, the hunch for music grew on me. When I became a teenager, I joined a church band and began to learn how to play the piano by ear.

What moment or factor led you to dance music?

When I initially started producing music, I produced Hip Hop and R&B. My trouble was finding an artist that I felt could deliver what the beat needed. Being as eager as I was, I couldn’t wait around to find the right person. I started hitting up the house scene at PACHA in NYC and saw that the producer is also the DJ/artist. I didn’t DJ at the time but figured if I learn and teach myself, I wouldn’t have to wait on anyone anymore. Besides, house music is fire! When I first heard it, I knew I had to make it myself.

Do you have an all-time favourite song?

You can never have just one. I’ll give you three:

Ready or Not- Fugees

What music did you grow up listening to?

R&B, Gospel, Latin and Hip Hop. It was pretty much what my parents played at home, what I heard at church, and what my friends played at school.

Who would you say is your biggest musical influence?

What has been your biggest career achievement so far?

Which 3 words sum up your musical style best?

If you could produce any other genre, what would it be and why?

R&B/Dancehall. I love that afrobeat modern dancehall movement. Even though I produce House, there’s nothing like playing the piano over a smooth beat around that 95 BPM tempo.

Finally, if you could recommend one track of yours for someone to listen to, what would it be?

Bad Girls feat Katiahshe. This song showcases my creative side and how I can take a disco track and give it a new twist. I switched up the entire song from drums to bass to synths, it’s entirely brand-new instrumentation….and not mention, Katiahshe killed this vocal piece!

Check out the Vessbroz brand new hit ‘Let Me In Tonight’

Entel Drops Brand New Tune ‘Back To Me’

Calling out to all DJs, enter Sir Ivan’s MegaMix competition to be in with a chance of winning $1000