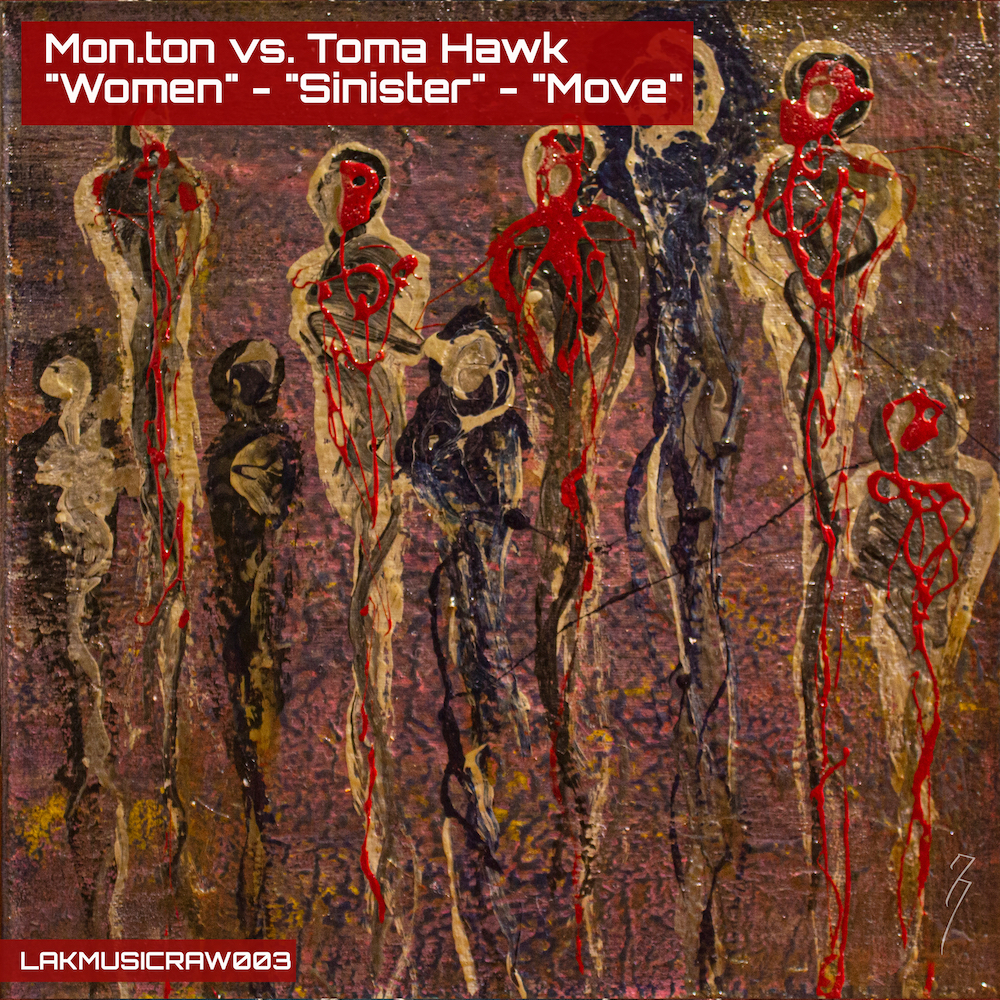 After building the Mon.Ton sound over this past year, we finally get to see Toma Hawk merge his two monikers and boy has he delivered. ‘Women – Sinister – Move’ is a 3-track release that sees a whole new sound. ‘Women’ is the first track that is uptempo with erratic hi-hats and an earth-shattering synth that swarms in and out slowly but surely introducing you to the track. The music then drops out to a sinister vocal reciting wedding vows over the top of a sporadic beat. The usual heavy Toma Hawk bassline is missing from this release but he more than makes up for it with twice the amount of rhythm and pace.

‘Sinister’ is the next release on the EP which features a hard-hitting bass with military-like drum rolls. Toma Hawk starts the party with intensified claps placed over the beat to get you into the groove. ‘Sinister’ is on a constant climb of intensity with an element of controlled chaos bringing you back down to earth. Just when you think you’ve heard it all, Toma Hawk totally switches the track to a classic house piano chord section before returning back to its rampageous beat.

Last but not least, ‘Move’ is the final tune on this release and it is gorgeously dark and heavy with a galloping beat whilst atmospheric soundwaves are gently dancing in the background. Toma Hawk truly shows off his mastered skill set as this track is intricate yet club-worthy as it draws you in to get totally lost within the music. This is the final release from Toma Hawk this year and what a year it has been! With a string of sensational releases under two different monikers and an ever-growing roster of artists on his record label Lakota Music and sublabel Lakota Raw, Toma Hawk has proven once again that he is a mainstay in the Techno scene.

You can grab your copy of the Women – Sinister – Move EP now on Lakota Raw.