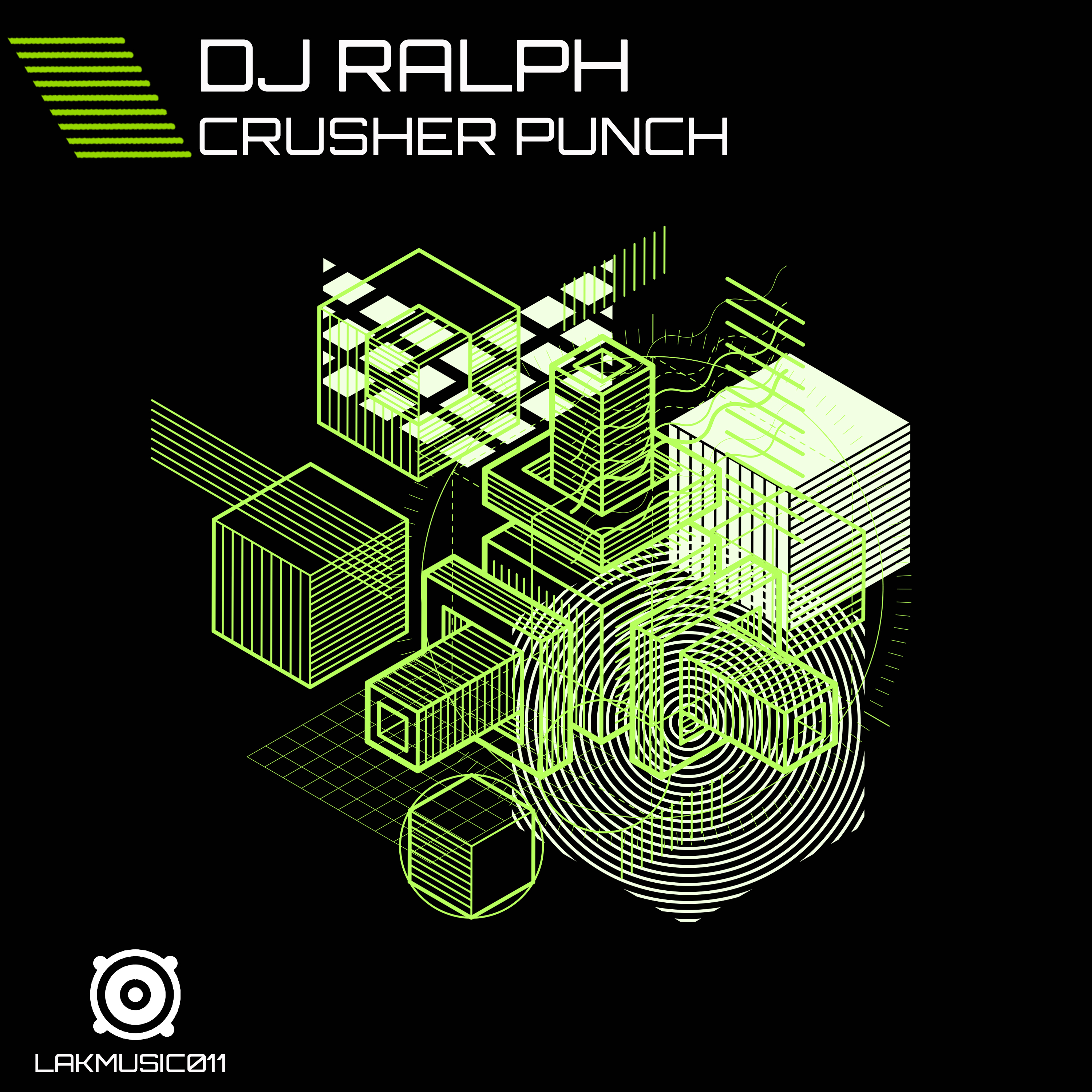 DJ Ralph has just released ‘Crusher Punch’, another outstanding release on the Techno industry’s fastest-growing label, Lakota Music. Ever since DJ Ralph came to fruition on the scene in the early ’90s, he has garnered huge amounts of success that has built his reputation as the French powerhouse he is known as today. From promoting electronic music in the early days of his career via his agency ‘Tekmics’ to having his sounds played by some of the most renowned DJs in the world like Carl Cox, Groove Armada and Robbie Rivera it is clear to see that DJ Ralph is without a doubt one of the most reliable and consistent Producers in his format and his legendary status is a product of his incredible talent and devotion.

DJ Ralph jumps straight into the action at the beginning of ‘Crusher Punch’ with a bone-shaking kick drum combined with gritty, haunting stabs which accentuates a deep and intense vibe, foreboding the energy that is about to erupt further on in this anthem. DJ Ralph swiftly kicks it up a notch as the track begins to rise with a volley of fleeting snares that fade in accompanied by a riser before the drop pauses the drama as an airy break takes hold, building up anticipation before it drops back into the main body of the song where the perfectly executed bassline begins to take over your body. Before long, the subs are given time to recover as the break strips away most elements of the song to reveal the heart of this acid-esque number. The synths begin to take over in an Accelerando fashion, building up before DJ Ralph springs full Techno fury onto us as the booming kick drum snaps back into action with a barrage of heady sounds bound to send you sideways.

DJ Ralph is without doubt one of the most reliable and consistent Producers in the game and with this new release, he is showing no signs of slowing down. He proves to be in good hands with Lakota Music as the imprint has grown exponentially in the last year and is looking to release more incredible music in 2021.

Get to Know Lorely Mur With Her Latest Release ‘Acid Kisses’ Featuring Remix From Mon.Ton

Torio Back in the Hot Seat With New Release ‘Gravity’

Get to Know Lorely Mur With Her Latest Release ‘Acid Kisses’ Featuring Remix From Mon.Ton
Check Out New EP From Subduxtion ‘Deep Space’