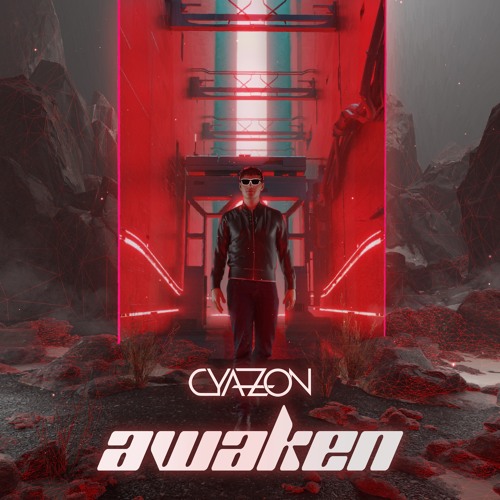 In recent times, Cyazon has pushed through the boundaries of conventional music where he takes listeners on a journey through time, chaos and self-discovery through his own inimitable discretion of what the future sounds like; a mixture between Synthwave and Dubstep that depicts the dark undertones of abandoned streets, with the blurs of neon lights from Bladerunner’s metropolis. A considered wizard on the futuristic pads, Cyazon has built a reputation for himself off the backbone of his produced hard-hitting beats, heavy synths and melodic Dubstep supersaws make up the distinguished sound of Cyazon. With an impressive work ethic, Cyazon has improved massively since the start of his career, his talent for Production has ensured bountiful successes in the industry with releases like ‘Neo Soul’ with Essenger, which its debuted on Monstercat and garnered a substantial amount of attention.

Considering Cyazon has such a vast range of beautifully unique musical influences, his sound is like no other. ‘Awaken’ by Cyazon is another superb production to add to the list of brilliant releases he has released within the past year. He sets the tone of this anthem with an ethereal, yet electrifying tone with an intro drenched with atmospheric long hanging synths before the main body of the track commences. Suddenly, we find ourselves delving into a barrage of crazy hard-hitting sounds bound to shake any dancefloor with bass and shake you to your very core. The thudding kick drum commences and the energy quickly changes gear as the build-up turns into a crescendo of FX and drums that fill the spectrum before the powerful turning point, a gigantic drop breaks earthquake-style cracks into the foundations with a ridiculous bulldozer-like bassline backed by stabbing and electrifying pulses of high energy that shoot right through you.

Cyazon strikes again with ‘Awaken’, his career has been booming since he began to make traction after a powerhouse single ‘Hyperdrive’, which reached over 64,000 streams on Spotify and was supported by the likes of Au5, one of the biggest and rising artists in electronic bass music.

Stay Locked on to Naiz:On AIR – A Dancefloor-Bound Blend of The Finest House Music Around